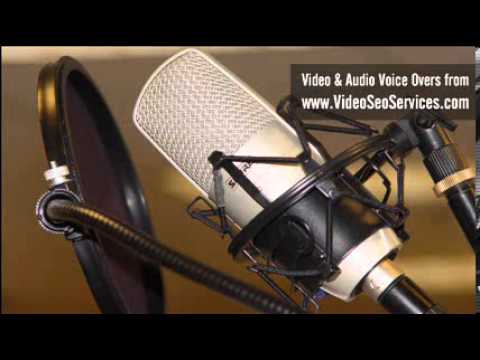 Perhaps you have a business that requires a professional voice over talent for a certain project including:

We will record a professional high quality American male voice over delivered in mp3, using your script. We offer other services including backround music or syncronise voice with video with certain projects. Just let us know your requirements to see if we can accomodate. Remember these are just examples and voices can be spoken in all different tones and speeds.

Voice acting is the art of providing voices for animated characters (including those in feature films, television programs, animated short films, and video games) and radio and audio dramas and comedy, as well as doing voice-overs in radio and television commercials, audio dramas, dubbed foreign language films, video games, puppet shows, and amusement rides.
Performers are called voice actors/actresses, voice artists or simply voice talent, and their roles may also involve singing, although a second voice actor is sometimes cast as the character’s singing voice. Voice artists are also used to record the individual sample
fragments played back by a computer in an automated announcement.